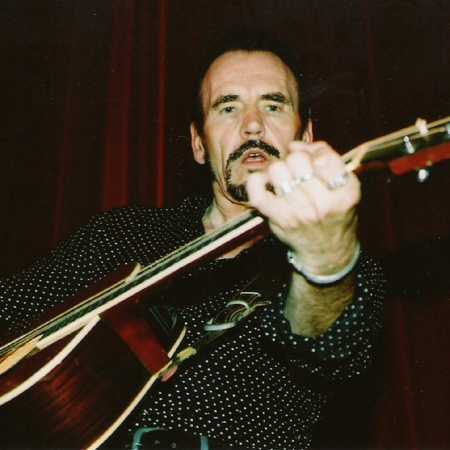 Globetrotter Phil Shoenfelt made the first musical steps on the ground in London clubs. His adventurous nature, looking for something new, however, began to be London’s turf too tight and Phil went to inspect the unknown territories beyond the sea. First, it pointed nowhere else than in New York. His trip, originally planned for a fortnight, however, by fate, stretched to five years. The Manhatanu Shoenfelt spent a glorious post-punk wave. Started by a group of Khmer Rouge, played in joint performances with The Fall, Sonic Youth, jammed with Jim Jarmouschem.

After returning to London he performed solo with Nick Cave & The Bad Seeds. The Cave is also making its voice and most often compared even though the formation of the Southern Cross is also strongly feel the influences of artists like Neil Young, Leonard Cohen, as well as U2 and The Cure.

Phil was asked to write an introduction to the Czech edition of the book Cave “And the ass saw the angel” and the Cave in return laudatory remark ascribed to Shöenfeltově book “junkie love” (Love Junkie). And it is “Love Junkie” was in the U.S. book prize awarded “2002 Fire Cracker Alternatives Award”.

A few years ago Shoenfelt settled in Prague, which he charmed his cultural ferment and beautiful women. He founded the band are Southern Cross, with which regularly performs at home and abroad. The Southern Cross group has released three albums. “Blue Highway”, “Dead Flowers For Alice” and “Ecstatic,” which he says is more straightforward rock and tanečnější than the previous album. This directness is also reflected in the decision to simplify the group name and place of the original Phil Shoenfelt & Southern Cross band began performing under the name Shoenfelt brief.

In 2005, based on the German label Strangeways Records double CD “Deep Horizon”, a selection of the best current Shoenfeltovy of mapping the different periods. Lately you can see and hear Phil and akustičtější position with his longtime teammate Paul Cinglem.