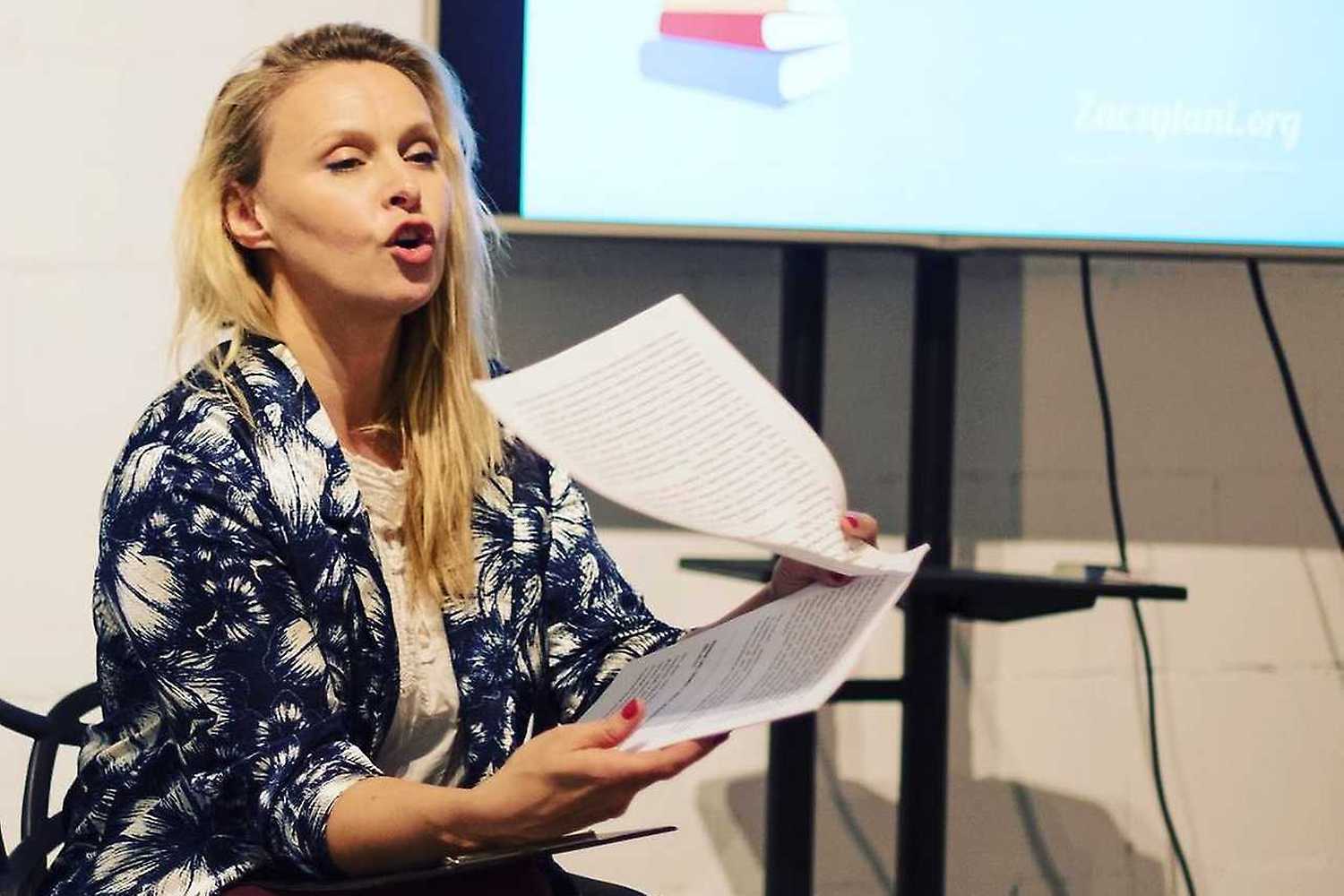 Theatre, film, television and radio actress. Associated with the Zygmunt Hübner Powszechny Theatre in Warsaw. It was there, at the age of 13, where she first appeared on stage as Paź in the play “Romeo and Juliet” by William Shakespeare, directed by Andrzej Wajda. She has played in productions of, among others: Grzegorz Wiśniewski, Anna Augustynowicz, Piotr Cieplak, Robert Gliński, Marek Fiedor or Michał Zadara. Paulina Holtz will be the guest of the next meeting from the “Beautiful Forty-Year-Old” series. The meeting will be hosted by Michał Smolis.

The premieres of Witkacy’s Tropical Bizarre directed by Grzegorz Jarzyna and Sophocles' Elektra directed by Krzysztof Warlikowski took place in Warsaw on 18 January 1997. That day, or rather evening – dubbed the “January Breakthrough” by Maciej Nowak – marked the most important caesura in the recent history of Polish theatre. A different aesthetics and a new model of acting entered the stage. The generation of today’s forty-year-olds took their first professional steps in conditions completely different from those for which they had been prepared at school. Brought up in the cult and myth of theatrical teamwork, they were confronted with a new reality, which verified their plans and dreams. It created completely new perspectives, but was also a source of disappointment and frustration. Two decades of active and creative presence on stage, as well as in many cases on cinema and television screens, is a very good time for first summaries. With what hopes did they start their work? What was the burdensome baggage? Which roles do they consider important, and which ones would they prefer not to play? What do they regret not having done yet, and what do they dream about at night? What annoys them in contemporary theatre life, and what constitutes its strength and uniqueness? Who were their teachers and masters, but also who are their successors?

The event will be open to the public and organised in accordance with the IT sanitary discipline in force. Due to the need to ensure the safety of all guests of the Institute and the limited number of seats in the auditorium, the organisers kindly request to thoughtfully obtain invitations and to arrive several minutes before the scheduled start of the performance to fill in the COVID-19 contact form.