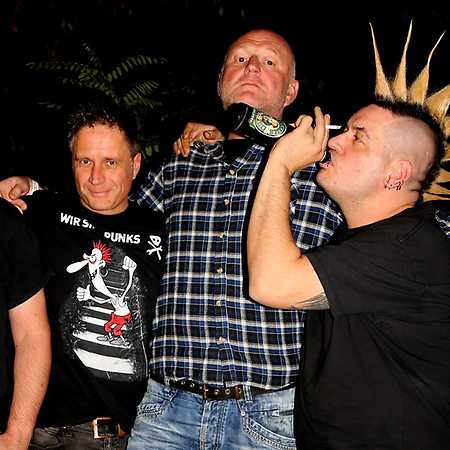 Pöbel & Gesocks is an Oi-Punk-Band from Ruhrgebiet, Germany. The band was founded in 1979 under the name Beck’s Pistols. In 1990, they released their first album Pöbel und Gesocks with their early songs and became famous to a wider audience. The only founding member that is still active is Willi Wucher, who ran a fanzine and a record label besides. Since 2009 he has cancelled these activities and only devoted himself to his music. The band uses an ‘asocial’ image. The content of the songs thematizes sex, the punk scene and excessive consumption of alcohol.

Because of an action for an injunction by the brewery Beck GmbH & Co. KG the band was not allowed to use their first name further. After a questionnaire in their fanzine Scumfuck Tradition the new and actual name Pöbel & Gesocks was chosen. The name is taken from one of their most famous songs and is also used as a greeting in the skinhead- and punk scene.

Wish Upon A Star