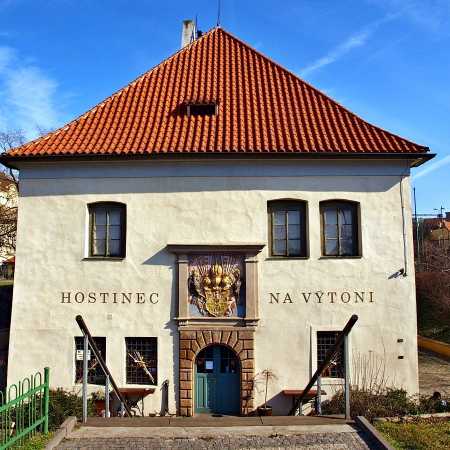 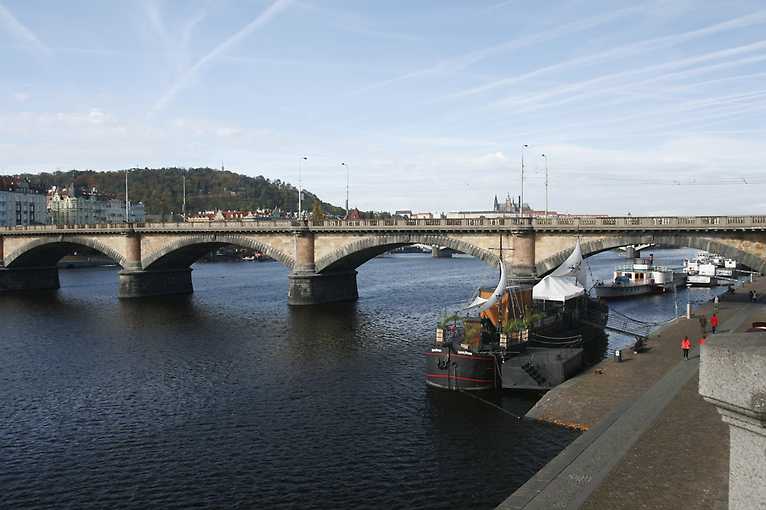 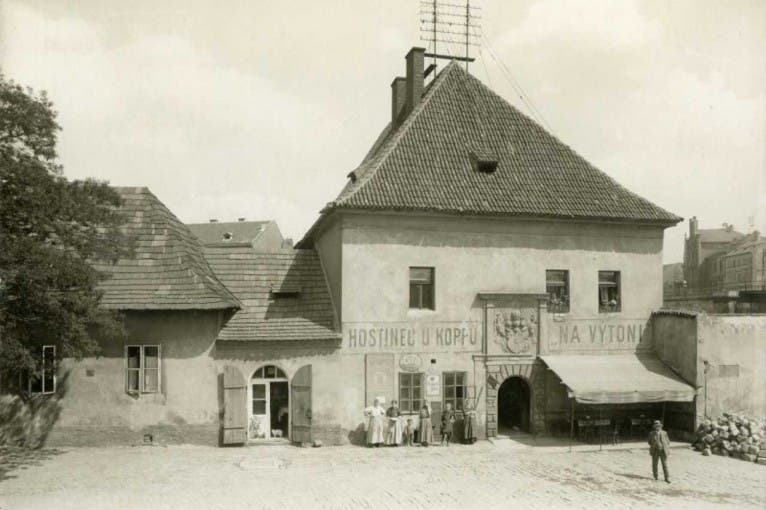 The former customs house building at Výtoň, number 412 on what is now Rašínovo nábřeží, is the last remnant of the ancient Podskalí fishing settlement apart from the early Baroque parish church of St Cosmas and St Damian. The Podskalí settlement existed from the end of the 12th century and its inhabitants gradually acquired a monopoly right to trade in the wood that was floated past here down the Vltava river. Výtoň was an ancient institution collecting a toll on wood that floated down the Vltava river to Prague market. The name arose from the acting of cutting out (‘vytínání’ in Czech) a certain amount of wood from the bound rafts. Originally it took the form of an enclosure for wood with a simple building for the collectors’ office. The customs house was located in the present building from the 16th century. The building was not only a customs house and taproom but also a refuge for the raftsmen. The current building remains unchanged and is located near the where the wood was cut out. It is for the most part a timbered, plastered Late Gothic building from the 16th century, decorated in the 17th century with the New Town coat of arms in sandstone.

National Memorial on the Vítkov Hill