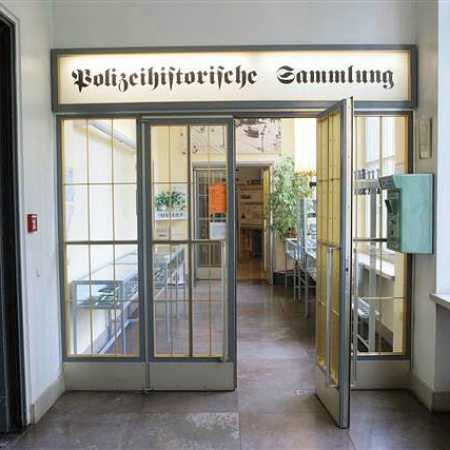 The Police Historical Collection (Polizeihistorische Sammlung) has been opened in 1998 at the centrally located presidium of the Berlin police department.

With various exhibits, installations and displays, photos, films and vehicles the history of the Berlin criminal and constabulary police is illuminated in context with the city’s history. A special focus lies thereby on the connection between police and the political system.

The foundation Förderkreis Polizeihistorische Sammlung e. V., that established the collection and brought together the exhibits from the former criminal museum at Gothaer Straße, the teaching materials collection of the police school Spandau and the People’s Police Museum at the GDR ministry of the interior, was already founded in 1990. It also organizes special events and temporary exhibits to show the objects for which there isn’t enough space in the permanent exhibition, as well as panel discussions about historically important topics and publishes publications frequently. The collection and library of the Polizeihistorische Sammlung, which the foundation continuously tries to enlarge and preserve, are available for historians and press for research purposes.