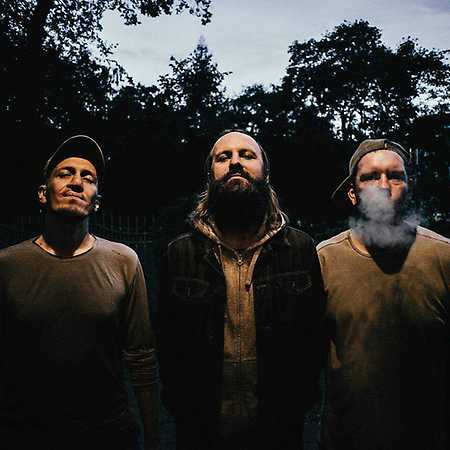 Popsysze is a tri-city trio that was created in 2008. The band has released three albums, “Popstory”, “Popsute” and “Kopalino” - all released by Nasiono Records.Popsysze is a trio from the Tri-City that was founded in 2008. The band consists of Jarek Marciszewski (guitar, vocal), Sławek Draczyński (bass) and Kuba Świątek (drums, vocal). The band has two albums Popstory (2012) and Popsuta(2015), referring to the tradition of alternative and hard rock music.

To record the third album the band went to the Pomeranian village Kopalino, where they recorded in a holiday home for a week. Some of the songs were prepared earlier, some of the material was created on the spot. The inspiration for the recording were the surrounding forests, the open sea, the aura of a secluded village before the season, Stilo lighthouse and barrows located near the cottage. Thanks to this, the album is more psychedelic, instrumental, referring to folk music from different parts of the world. The band has also extended the instrumentarium with numerous percussion and electronics. The lyrics are to a large extent inspired by Kopalin, they include nature, forest, lake, first spring sun and Stilo lighthouse. The author is Jarek Marciszewski, but during their writing a great deal of support was offered by Grzegorz Nawrocki from the band Kobiety, who is a co-author of the lyrics in the song Latarnia.