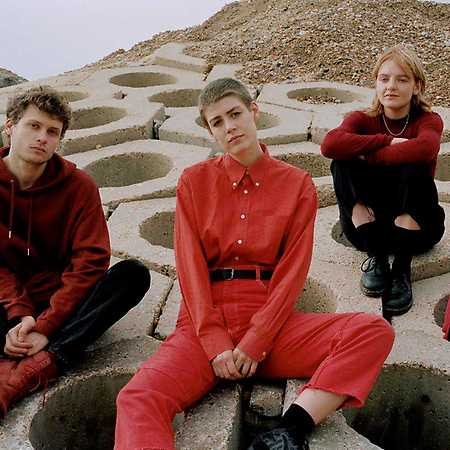 Porridge Radio is a British DIY music band formed in Brighton in 2015. They are fronted by vocalist, songwriter and lead guitarist Dana Margolin. The other members are keyboardist Georgie, bass guitarist Maddie and drummer Sam. In 2016 they released their debut album Rice, Pasta and Other Fillers on their own label Memorials of Distinction. The Guardian listed them among their top 40 new artists of 2018 and described their music as ‘slacker indie’. In December 2019 they signed a recording contract with US independent label Secretly Canadian.