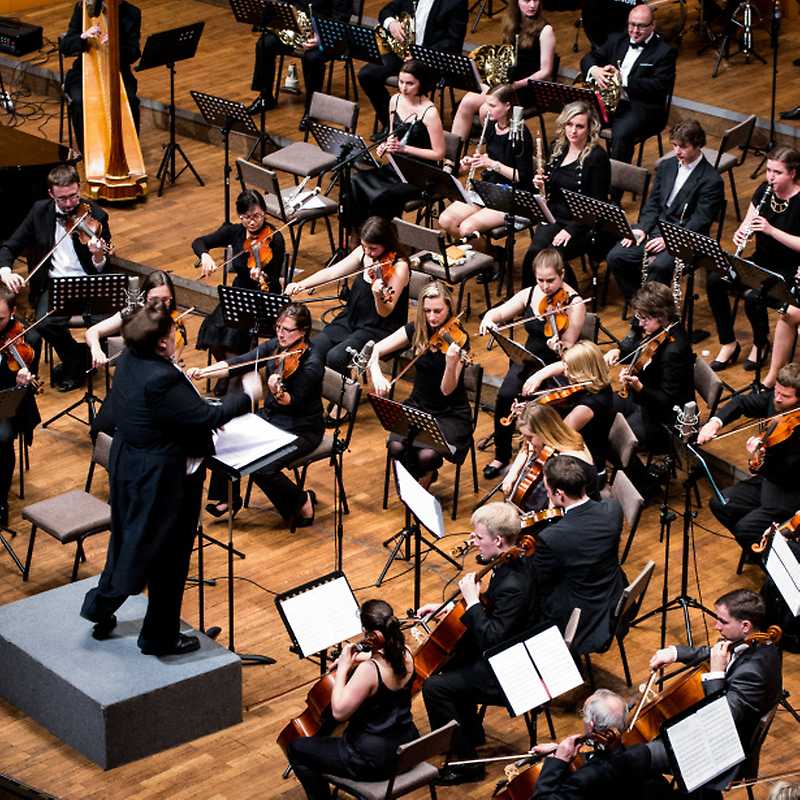 Prague Film Orchestra is a symphony orchestra composed of young people who love film music. They are mostly students and graduates from leading Czech and foreign music schools located them students nonmusical subjects. The conductor is George Korynta. As the only orchestra in the Czech Republic specializing in film music and playing it live at concerts across the country. In music archive is the original score obtained from the United States, while suites also adapted for concert performance. Currently there are more than 120 scores. – Translated by Automatic service