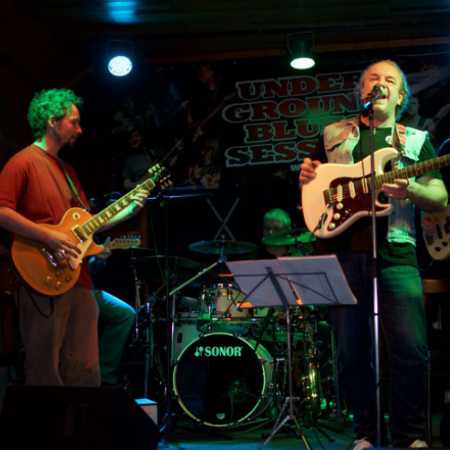 The band was formed in the spring of 2014, however, the musical collaboration of its members is much older. Leader Jack with bass player Ondra gathered already around the year 1998 in the band Fast break, after its collapse in 2003 John founded again with guitarist Štěpán revival The Doors under the name Peace Frog. With the dechařem Miškinem we met at various jam sessions. Desire for their own repertoire, on the border between rhythm and blues and hard rock led to the founding of Prague cafes. The party another guitarist, and drummer Dominic Agostino.

Sound is influenced by the cast with 3 loud guitars and saxophone (some pieces sometimes). The main asset is the original repertoire with Czech lyrics, building on the mišíkovsko-hlasovskou tradition. – Translated by Automatic service