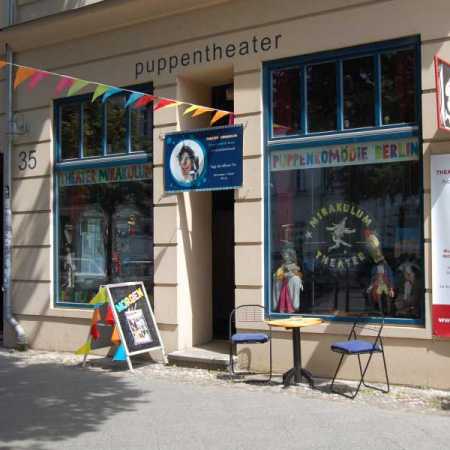 First founded in 1986 as the “Mobile Puppet Theatre Museum”, the Puppet Theatre Museum Berlin (Puppentheater-Museum Berlin) moved to its current location in the district of Neukölln in 1995. In a series of annually changing exhibitions, the museum showcases its rich array of hand puppets, stick figures, marionettes, shadow figures and cartoon characters drawn from diverse cultures in Europe, Asia and Africa. Some of them were actually even made by leading stage builders and figure creators. Visitors can take part in guided tours custom-made to their age and interests and designed to introduce them to the world of puppet theatre.

Information is provided on the function of puppet theatre in the past 150 years and about the various themes and techniques used, and visitors can even try out the puppets themselves. In addition, special exhibitions explore the creatures designed by today’s leading puppet makers. The museum’s archive preserves a wealth of literature, photos, posters, graphics and plays that cover the historical development of puppetry. The exhibitions are complemented by presentations in the museum’s own puppet theatre. The museum also offers fairy tale presentations, readings and workshops – for example, on the subjects of puppet making – directed at children and adults respectively.