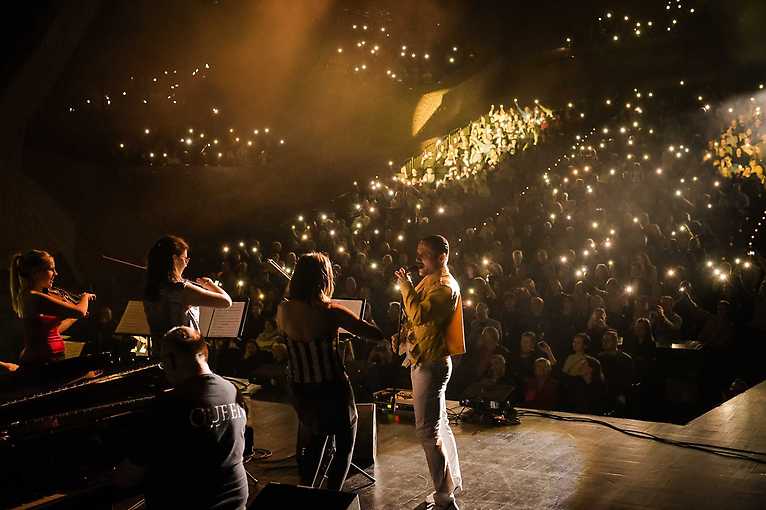 An extraordinary concert combining the immortal music of the Queen ensemble with symphonic arrangements performed by the choir and orchestra Alla Vienna, which has been delighting fans of the legendary group for 7 years now. It is a two-hour spectacle divided into two parts, with the greatest Queen compositions. The finale of the performance will also be accompanied by a performance by a soloist – a singing actor – playing the role of Freddie Mercury. The ensemble will perform the latest programme, which includes, among others, One Vision, Under Pressure and the unique composition of Barcelona, which Freddie Mercury recorded with the Spanish opera singer Montserrat Caballe. The second part will also feature a guest appearance by a solo guitarist.