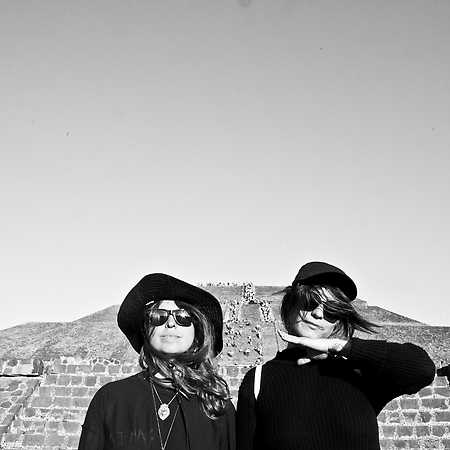 Straight from the depths of São Paulo, Brazil, Rakta is a band too wild to be caged inside familiar rock labels. In fact, very little is familiar, or comfortable in Rakta’s music and general stance. On the road since 2012, the group, formed only by women, had as an initial inspiration the musical freedom and policy of the 70s/80s anarchist and post-punk scene, especially towards the “antiphilosophies” from the British collective Crass. After this initial impetus, they soon found their own identity, pushing the creative barriers, without interest in playing sounds or pre-defined ideas of one or another subgenre. I.e., a completely punk modus operandi, but without any reverence for rules and standards aesthetic-musical. Psychedelic textures emanate above the solid base lines and drums, created by manipulating a synthesizer and effect pedals. The lyrics are evoked as mantras; the verses and choruses are spilled in a way that each musical piece stops being a song and becomes a process, a translation of an emotion in rhythms and sounds overlapped and organized to the limit of chaos.

No Chance of Recovery