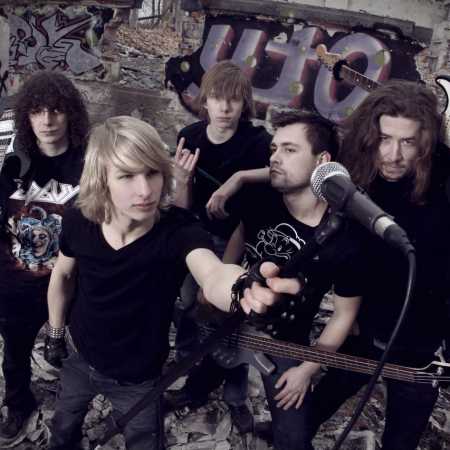 Ravers is a Czech hard-rock band that formed in Havirov in 2009. Stylishly ranks at the interface of classic hard-rock (ACDC, Europe, Rainbow, Black Sabbath), the New Wave of British Heavy Metal from the 80's (Iron Maiden, Judas Priest) and contemporary rock / metal bands (Airbourne, Avantasia, Helloween). The basis of the music is catchy riffs and choruses, diverse arrangements of vocal and instrumental parts of the songs, all wrapped up in a catchy live stage show during concerts. – Translated by Automatic service