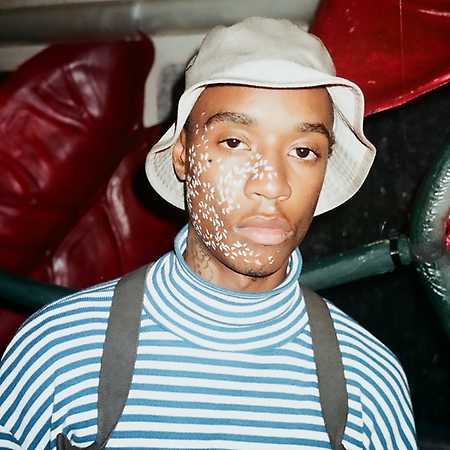 Rejjie Snow is a Dublin-based rapper with Nigerian-Jamaican roots and born in Ireland, but who has spent his entire adult life in the United States. He debuted in 2013 with the EP Rejovich, which immediately topped the iTunes Hip-Hop chart, ahead of releases by Kanye West and J. Cole. His track 1992 surpassed one million views on YouTube, as did the previously released Lost in Empathy. In June 2015, Snow released his official debut single All Around the World, produced by Cam O'bi. The music video, starring Lily-Rose Depp, reached 500,000 views within one week. In December 2015, Snow released his follow-up track Blakkst Skn, produced by Kaytranada. Fans had to wait for his debut until 2018, when Dear Annie was released. The album was positively received by critics – NME called it the defining release of 2018 giving it the highest possible rating, The Guardian called it convincing and stylish and Crack Magazine summed it up as one of the most delicious debuts of the year so far.. 2021 saw the release of Rejjie's second album, Baw Baw Black Sheep, on which the artist immerses the listener in blissful escapism through a hazy combination of rap and neo-soul. Like the debut, the album received a warm reception from publications such as Dork, NME, Record Collector, Loud and Quiet, Crack Magazine and Clash.