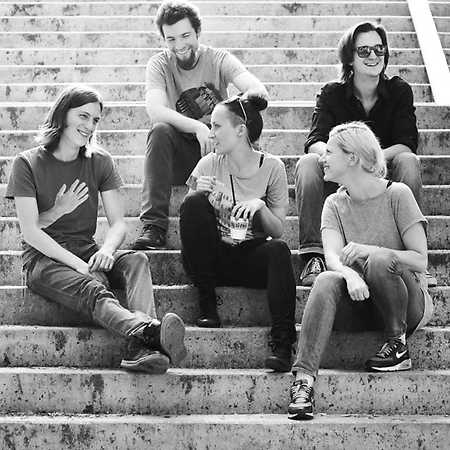 Warsaw-based quintet formed in 2012 around the talents of Paulina Przybysz, Kasia Piszek, Piotr Zalewski, Pawel Zalewski and Remek Zawadzki, replaced later by Jerzy Markuszewski. Each of them brings a different musical background to the table, but there is no need to compromise: the music they compose together comes naturally. Maybe because they are old, or even childhood friends. Rita Pax songs have their roots in the 60s rock and soul with psychedelic influence, but all of it is filtered through the modern sensitivity. The band draws comparison to The Black Keys, Frank Zappa, Moloko or even Janelle Monae. In 2013 they released the self-titled, critically acclaimed debut album. It was followed up by the second LP Old Transport Wonders in March 2015. More complex and mature than the debut, it tells stories about serious matters combined with some retro-futuristic science fiction, all of it with a bit of irony on top.