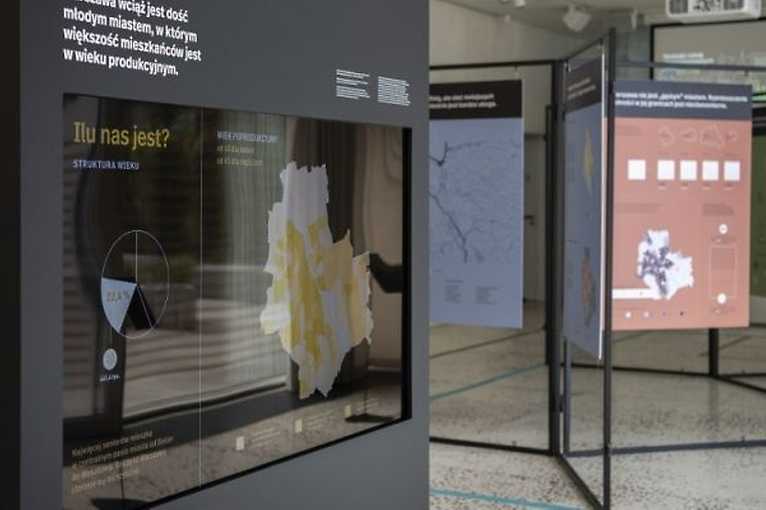 In these uncertain times, we wonder what the future holds. By planning the spatial development of Warsaw, there is a chance to jointly influence our future. The Zodiak Architecture Pavilion presents a unique exhibition – a report on the work on the new Study for Warsaw.

The future spatial constitution of the city has been created from the very beginning in dialogue with experts and inhabitants. At the application stage, the city received almost 25,000 opinions. Warsaw residents have also been engaged in a conversation about the spatial future of the city through a series of publications and meetings under the banner of Reports on Warsaw planning. The exhibition will show the most important topics collected in the reports and further on – the premises for the new study, which will undergo public consultation. The exhibition focuses on the issues most relevant to a sustainable future for Warsaw. It shows data on demography and the condition of the environment in the capital city. It also looks at Warsaw’s identity, local character and ways of getting around the city. It presents the assumptions of the new Study, answering the questions:

The answers are related to the knowledge and analyses gathered during the works on the new Study. At the exhibition presented are more than 100 maps, charts, diagrams and illustrations, which show the challenges facing Warsaw from different perspectives. The knowledge gathered allowed us to develop a plan for the future. These are the assumptions for the new Study. We are presenting them at an exhibition waiting for your opinions. All comments will be considered during the preparation of the final draft of the spatial development of the city.