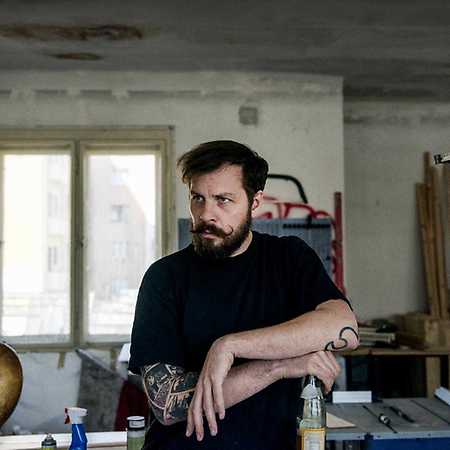 Roman Týc *1974 has as an artist always focused on working with technology. In the 90’s, he created video collages animated in the real time on a specifically built machine. He carried on developing this technique in the PureA group. Týc came to the media and the public through the actions of the Ztohoven subgroup, which is co-founder and who was invited to an international symposium in London's Tate Modern in 2013.

This group is apart from many controversial projects such as Media Reality (nuclear explosion during the Czech Televison’s live coverage) or Moral Reform (spreading of fictional SMS messages among the Czech MPs) responsible for the foundation of Paralelní Polis.

In 2011, Roman Týc was included as part of the context of international activist art in the prestigious publication of the German publishing house Gestalten called Art & Agenda – Political Art and Activism.

Roman displayed his own art at three separate exhibitions, Vykradač hrobů (Tomb Raider) in 2001, Jen blbni, zkazíš to všem (Keep messing around and you’ll ruin it for everyone) in 2014, and Im Boden in 2017. He currently lives and works in Prague.