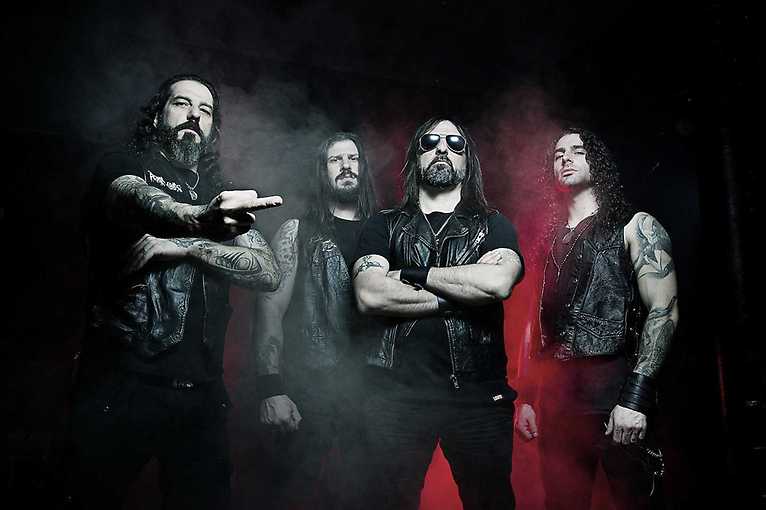 The concert of Rotting Christ, Angrrsth and Shodan in Wroclaw A2.

Rotting Christ is a Greek black metal band formed in Athens in 1987, with the current lineup consisting of four musicians: Sakis Tolis, Themis Tolis, George Emmanuel and Vaggelis Karzis. As of 2019, the band has released thirteen studio albums and a number of minor releases. The formation’s recordings are probably the most popular in Greece. The band has undergone stylistic changes more than once in its more than twenty years of existence, ranging from raw black metal sounds to heavy doom/death metal to melodic black metal, very different from Scandinavian black metal bands such as Emperor and Limbonic Art. Another band is Angrrsth, a Polish metal band that debuted in 2018 with the EP Znikąd released on Godz Ov War. In 2021, they released their first full-length album Donikąd. Shodan, on the other hand, is a death metal trio formed in Wrocław in 2013. The band’s characteristic style is a unique hybrid of death metal brutality with original yet catchy melodies.