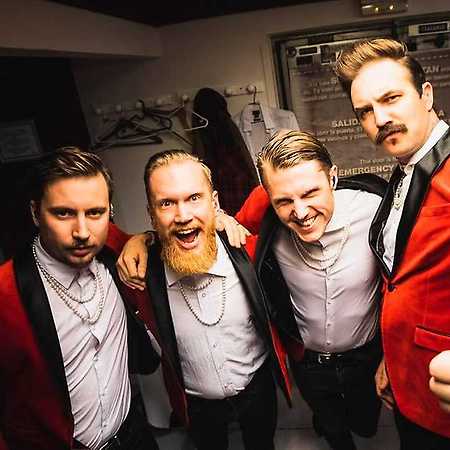 Royal Republic spread its fame over Sweden because of its explosive energy and irresistible charm. Royal Republic formed in 2007. Their debut single All Because Of You was released in September 2009 and had good reviews. They draw musical influences from many singers and groups: the Hives or Danko Jones and range to Metallica and Bob Dylan, Norah Jones and even classical and film music.