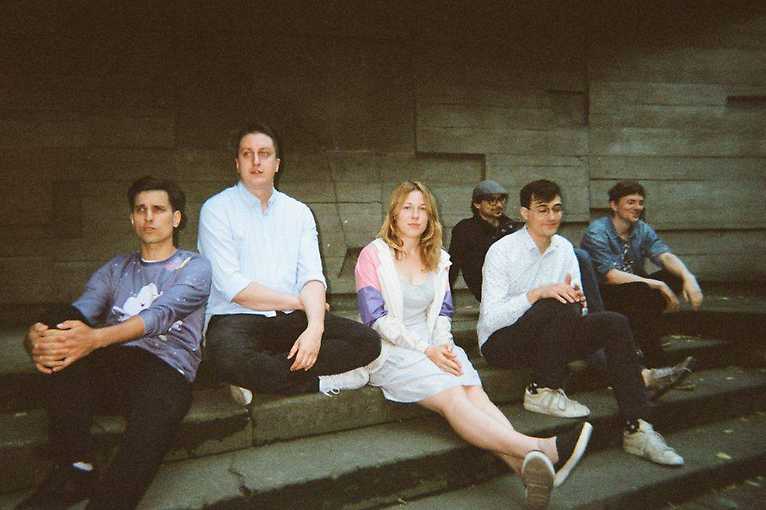 Knights and Music at the End of Summer concert in Krakow’s RE Club.

Rycerzyki is a sophisti-pop band formed in 2013 in Kraków. Their first two albums: the frivolous, carefree debut Rycerzyki, a collection of unpretentious, teenage and slightly crazy in spirit pop gems, and Kalarnali, turning into more psychedelic, dreamy, prog-pop realms – stories from a desolate winter land, were received with enthusiasm by fans and critics alike. Melodious, rich in sound and literary, intricately arranged songs, freely combining the atmosphere of the Polish 80s with avant and sophisti, progrock with Stereolab departure, disco or Krautrock, emerge a specific and unique character of the music of Rycerzyki, which does not try to fit into any particular trend by force. The band has performed at festivals such as OFF Festival in Katowice, Monkey Week in Seville, Spain, Spring Break in Poznań, among others. In 2019, the Krakow-based lineup was selected by the European showcase network INES as one of the 100 interesting young bands from Europe (INES Talent 2019). The Knights have played club concerts in Berlin and Prague, among others. They have performed as support alongside Canadian band TOPS, Gaba Kulka, Pustki or Mikromusic. Rycerzyki’s third album titled. Zniknij na zawsze was released on August 27, 2021 by Thin Man Records. The new release is a result of playing with retro electronic sounds, touching upon both the analogue classics of the genre and the charming plastic-tank aesthetics of Windows 95 and the first experiments with midi and Casio instruments. Complex, multi-layered and varied compositions have a common denominator in the form of distinctive vocal lines brought definitely to the fore.

Music at the End of Summer is the most romantic band in Minsk County, capturing in song the heart-rending dilemmas of commuters. The quintet looks longingly back to the 1960s, the era of big beat. The group’s songs capture the atmosphere of growing up and everyday life in the suburban province of Mińsk Mazowiecki. The band received many positive reviews from critics, who most often used a triad of terms in describing their work: “unpretentious, sincere, charming”. The new album is a hymn to life, an encouragement to be your own way, to take care of yourself and your limits. Private Ciechocinek is a universal story about a man who, when faced with numerous crises, tries to find the strength to get through them. The songs collected on the album, although sounding light, sparkling and sunny, are rooted in difficult feelings: the pain after separation, creative impotence, attacks of neurosis, toxic relationships at work, loneliness and burnout.