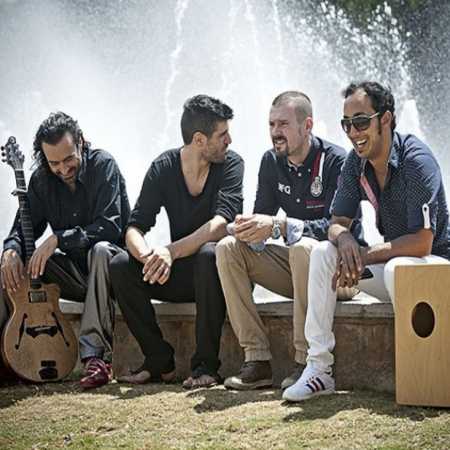 On the question of who will come after Paco de Lucia, there is a clear, but heretical answer: Jaco Abel. Acoustic classical guitar swapped for an electric guitar. At the same time as a renowned educator, composer and producer enjoys the respect of even the toughest professionals. When he was 14 he first met with the electric guitar at rehearsal garage bands, he knew that once it connects with flamenco. It was not an easy task, string, unlike nylon which is coated with a flamenco guitar is razor sharp.

Jaco after years of experimentation overcame all the difficulties and became the first electric guitar, which builds on the legacy flamenco classics such as Ramón Montoya and Sabicas. Linking the two still separate musical worlds sees as a natural step: "I grew up in Barcelona. Two hours from my home in the Pyrenees mountains in the south of France, played by Romany gypsy jazz band - and flamenco never heard of. Barcelona therefore lies on the border between flamenco and world-class first-class gypsy jazz. "The singer, with whom he performs, is the largest discovery last year of Salam, whose real name Jose Antonio Martin Yanez, graduated beginnings in groups world-renowned guitarist Chicuela - and won the prestigious Flamenco Yunque in the competition of 33 other candidates. The whole set is an all star band, acoustic flamenco guitar playing Oliver Haldon, Percussion Paco de Mode, indispensable teammate Duquende and Chicuela. – Translated by Automatic service