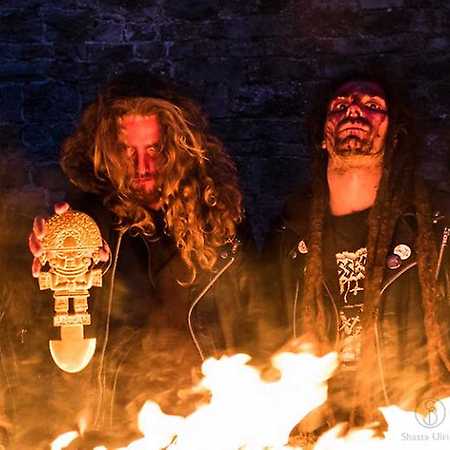 Saqra’s Cult is a Black Metal band from Belgium, signed at Amor Fati Productions. The troupe around Alkhöloïkh, S. Iblis and Destroyer G. published in 2017 their debut Forgotten Rites and two years later the successor The 9th King. The band is compared to the Czech Cult of Fire, as both bands deal with the esoteric / mystique of ancient cultures in their lyrics.