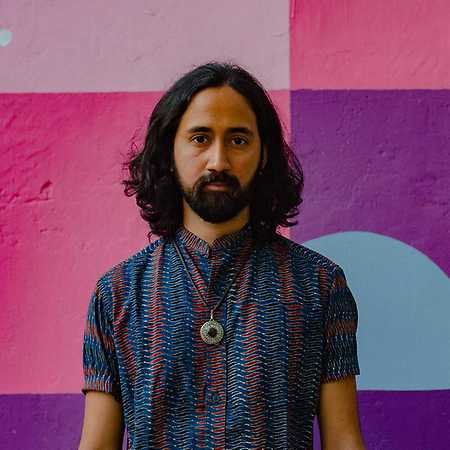 Sarathy Korwar is percussionist, drummer and producer, who similary as Trilok Gurtu fuses traditional folk music of the Sidi community in India combining East African, Sufi and Indian influences with jazz and electronics.

Born in the US, Sarathy Korwar grew up in Ahmedabad and Chennai in India. He began playing tabla aged 10 but was also drawn to the American music that he heard on the radio and that leaked through the doorway of his local jazz music shop, Ahmad Jamal and John Coltrane were early discoveries. Later he moved to London, where he trained as a classical tabla player under the guidance of Sanju Sahai and graduated with a MMus in Performance from SOAS (School of Oriental and African Studies) focusing on the adaptation of Indian classical rhythmic material to non-Indian percussion instruments.

Working the angles in London’s jazz scene, Sarathy connected with Shabaka Hutchings (Sons of Kemet, The Comet is Coming), Cara Stacey (Kit Records) and played with clarinettist Arun Ghosh. He was, however, itching to create under his own name and he started researching and formulating the concept for “Day To Day” and planning a trip to India to record the Sidis.