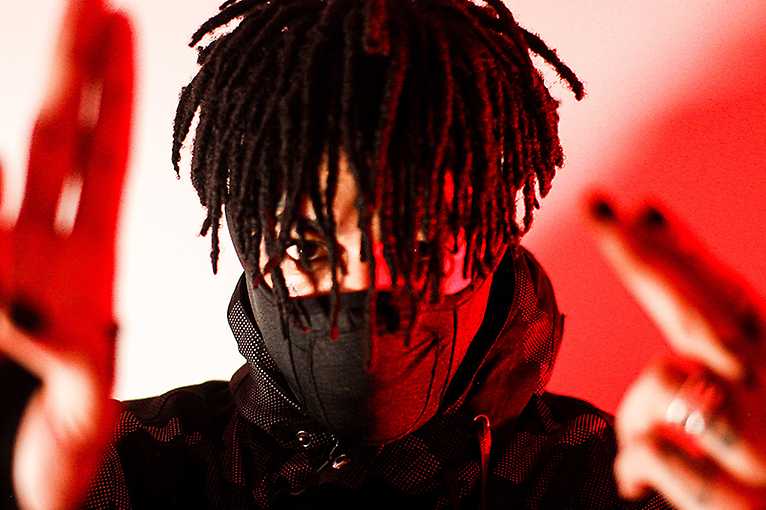 Marius Listhrop spent his early career as a YouTuber known as Mazzi Maz. After admitting that he felt his time doing this had been unsatisfying, he joined nu-metal band Myth City in 2015 and became their lead vocalist. This did not last long, and Listhrop re-invented himself as Sacrlxrd. He continued to be heavily influenced by Japanese culture, bands like Linkin Park or Korn and began wearing a surgical face mask to perform. His first full length studio album Dxxm was released in 2018 on the label Island Records. This was followed in 2019 by the albums Infinity and Immxrtalisatixn.