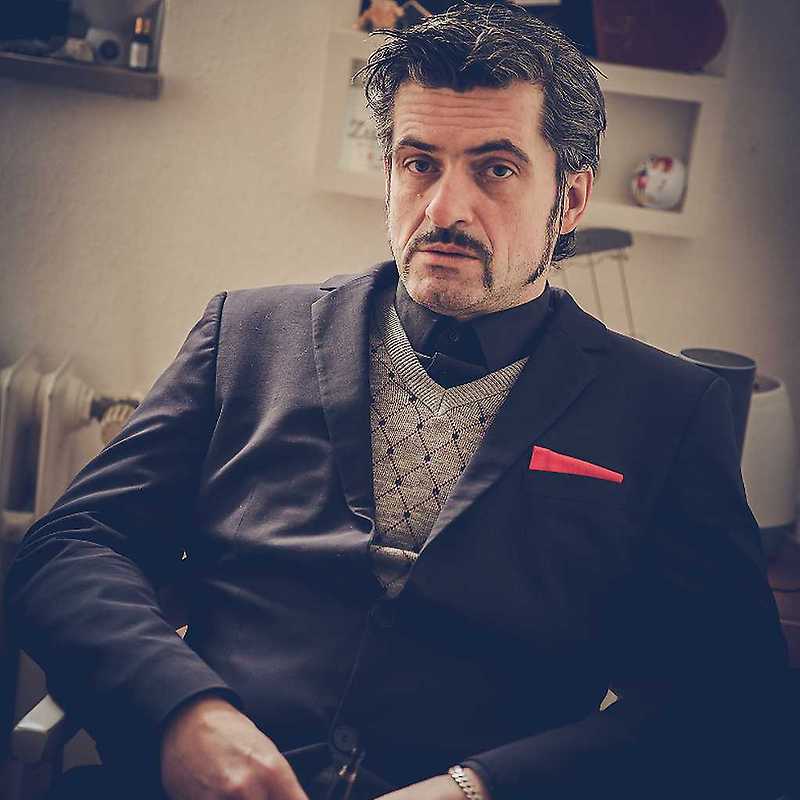 Sedlmeir is a German musician, singer, presenter and entertainer, originally from Bexbach. His music style ranges from trash, punk rock and hit satire to electronic music.

His music career began in the 90s when Sedlmeir was the singer and lyricist for the noise rock band Blind. The debut album Pseudoamericanroutine was followed by performances as well as tours in Germany, France, the Czech Republic and England. In 1996, the musician formed the minimal trash rock duo Stereohools before making music as a solo artist in 2022. Sedlmeir released his own debut album Hard Rock Roboter in 2004 and performed in Germany, England, Austria and Switzerland. In 2014, he began to add a visual element to his program: projections in black and white on stage form a second layer and abstract or concretize the song content. This creates a kind of cinema behind the performance, with which Sedlmeir interacts at times. In 2018, he co-wrote the crime musical Rache! with Ahne, for which he also composed the music.