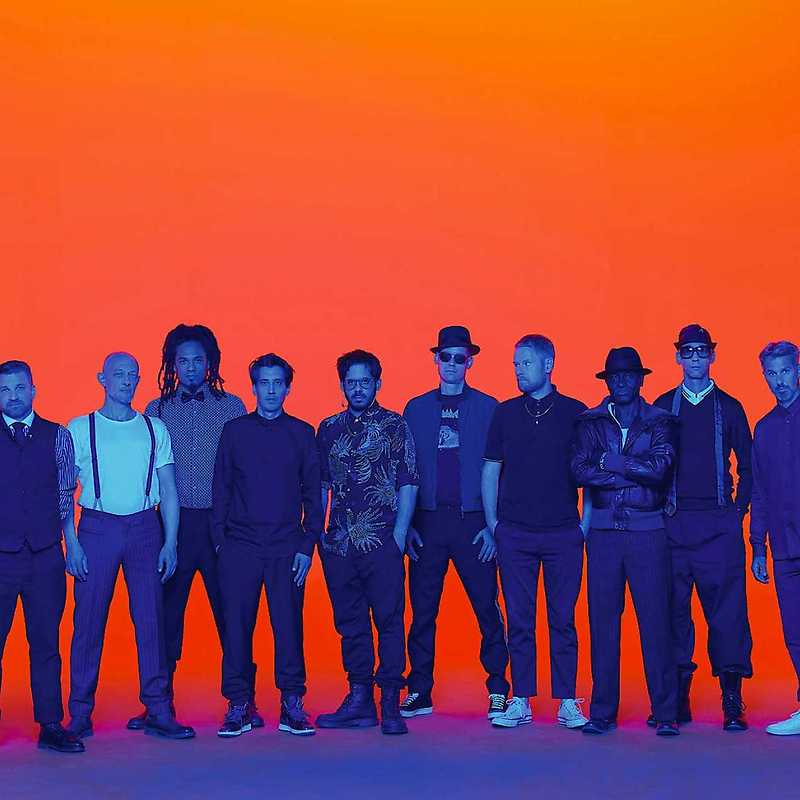 Seeed is a German hip hop, reggae and dancehall band based in Berlin. Founded in 1998, they have become well known in Germany and its neighbouring countries.

Until the death of singer Demba Nabé in May 2018, the group consisted of eleven band members, including three singers, a horn band and a DJ. Seeed is recognized for their catchy fusional mix of German hip hop, reggae and dancehall styles and their use of horns, which is unusual in contemporary popular music. They have worked with Cee-Lo Green, Anthony B, Tanya Stephens, General Degree as well as other Jamaican artists and producers. Almost all of their music releases feature a popular guest appearance. Seeed's lyrics are in German, English and Patois. Their biggest hits in the German language area were Dickes B, Aufstehn, Ding and Music Monks. Although their lyrics are in English and German, most of their songs were completely translated into English for the international releases of the Albums Next! and Music Monks. They have released a total of five albums so far.