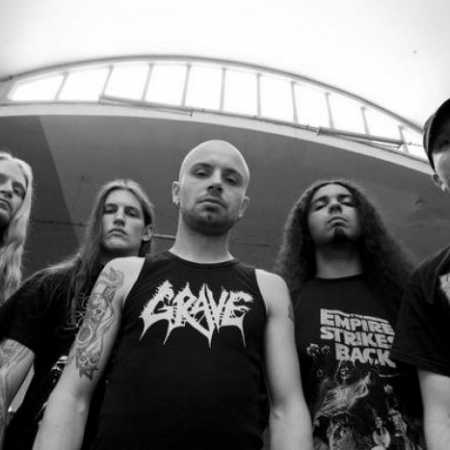 3:02 0 ×
Severe Torture  To Relieve The Mortal Flesh Of Pain

The band Severe Torture, created in 1997 in the composition of Eric de Windt (vocals), Thijs van Laarhoven (guitar), Jelle (guitar), Patrick Boleij (bass guitar), and Seth van de Loo (drums). In 1998, the band recorded their first demo, shortly after he left the singer Eric de Windt, whom was replaced by Dennis Schreurs. In this new composition of the band recorded another demo, which has received a positive response, however, soon left guitarist Jelle. In 2000, the group signed a contract with the recording company Fadeless Records and in October of the same year, released their first album, entitled Feasting on Blood. In support of his album in January 2001, on a European tour together with Macabre, Broken Hope and Die Apokalyptischen Reiter. In April, the band played also in the United States. In 2002, they released their second album, Severe Torture – Misanthropic Carnage. Subsequently, the band went on tour everní America, the fall continued to tour throughout Europe, during the met guitarist Marvin Vriesdeho, which is added to the group in the spring of 2003. In 2005 the band signed a contract with the recording company Earache Records and released an album in November Fall of the Despised. In 2007 they released Severe Torture while his latest album Sworn Vengeance. – Translated by Automatic service