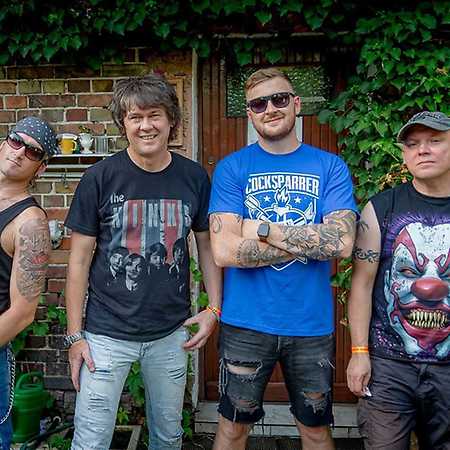 Polish band playing music from the border of punk rock and rock'n'roll. Founded in 1986 in Legionowo, it was founded by singer Robert Szymański, guitarist Bogdan Koziel, bassist Bogdan Rogucki and drummer Krzysztof Wiechowicz, but later the line-up changed many times. In the summer of the same year the group qualified for FMR Jarocin. In 1987 they performed there again and took part in "Rock Pokój" concerts in Olivia Hall in Gdansk and Rock Atak in Warsaw. In 1989 the band played at Warsaw's Róbrege festival, once again at the festival in Jarocin, and also had the opportunity to appear on stages in the USSR. At that time, the first recordings were distributed at concerts in the form of a cassette When the Sex Bomb will finally explode?!? (in 2006 the material was resumed on the album entitled Lekcja historii).

In 1990 the Arston label released the group's first album entitled To niemożliwe. A year later, another album was released, titled Alkohol. In 1993 the musicians recorded a concert album Boom and new studio material Zamachy bombowe. The next release was Viva. At the beginning of the 21st century a compilation Woda, woda, woda was released, containing songs from the whole period of the band's activity. The following years passed on the formation to record more albums, as well as to give concerts. At the turn of 2018 and 2019, on the initiative of Robert Szymanski, the United PUNK Orchestra was formed, which included the current Sexbomba musicians. In December 2019 a joint release of the bands Sexbomba i Prawda – Split was released. It contains two premiere Sexbomba songs: Rzuć monetą and Mniejsze zło and two songs of the band Prawda.