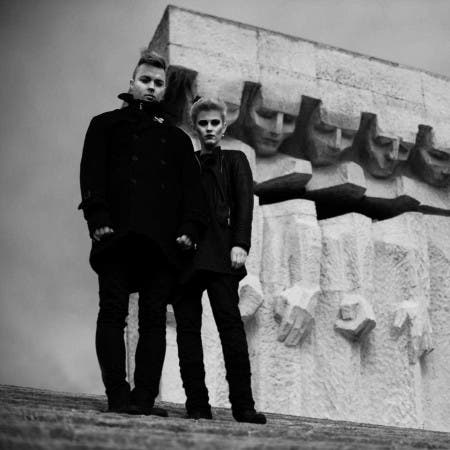 The band was formed in Sosnowiec, in the spring of 2012, on the initiative of Bartłomiej Salamon.After a few months, Marika Tomczyk joined the band, who from that moment is officially singer.During this time, the band begins to work on the debut album.The album" Midnight Stories" appears on March 1, 2013 .During first two years of existence the trio operates under the name Neon Romance. During this period the band plays concerts in w Katowice, Warsaw, Lodz, OFF Festival in Katowice and Young And Cold Festival in Augsburg.In.Marika Tomczyk and Bartłomiej Salamon are staying together.

The duo takes the name of Sexy Suicide and continues the business, starting work on new material. On June 24th, 2016 was released by the company Fonografika, long-awaited album ‘INTRUDER’, collecting good reviews in Europe, and also in States. Band started touring, performing i.a. Castle Party 2016 in Bolkow, Kalisz Ambient Festival 2016, Soundrive Festival 2016 in Gdańsk, but also abroad i.a. in the UK and Ireland.