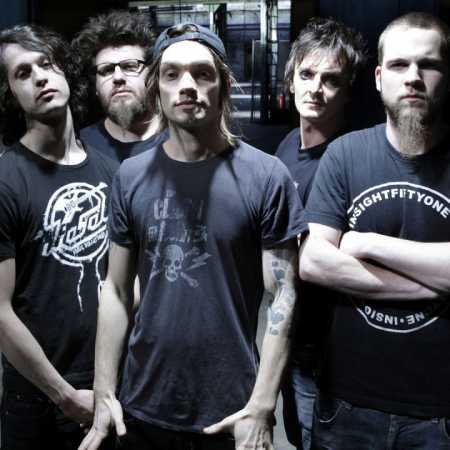 Shaka Ponk  My Name Is Stain

"Style're not úzkostlivci and none of us did not even know where we belong. Some direction? Nonsense. We like electronics, punk, rock, world music, hip hop and raga people rushing to do as we tell Mr.Goz, so in the meantime, before they start to bleed ears, "says singer and graphic Frahm. And forget the sex, comics, ecology and linguistic range: Shaka Ponk supposedly sung in English, Spanish and French to understand it most people.

Name Shaka Ponk? Simple answer: Shaka, one of the names of Buddha and Ponk Ponk or Indian tribe. Or else: shaka shake as a workbench as punk. The original intention to establish in 2004 a group of Zen with metal spirit, but the Parisians for a short time established in Berlin quite got out of hand. Back home and fought against the deadly pace of one position after another: clubs, concert halls, festivals, radio, television. In 2010, the male group changed for good and kicked the leopard woman: Egyptian-British singer Samaha.

The third album The Geeks and The Jerking Socks (or do not want to know what you thought of the name) with a dozen energetic songs soaked in mythology and sex offered by the French media "twelve positions kamasutra rock'n'roll" and clearly define chaos Shaka Ponk, able to throw carelessly any house up. French received after the band had long dreamed of: the sound of a beloved Mano Negra Mano Chao with "monkey herd" got into a new dimension. Ordinary lights replaced the 3D projection, with accordion, guitar and electronics philosophizing virtual smart-talking monkey Mr.Goz.

"He is the father of us all, our dear Mr. Goz can dance, play and interact with people and keep our Monkey TV. A bit of stinks, but what would we do without it began. "Even though the Shaka Ponk signed the star fans: French singer Bertrand Cantat them made an explosive mix Palabra Mi Amor and Skunk Anasies no less blockbuster Palabra Mi Amor. Shaka Ponk career inherently accompany the stunning video clips that despite their often controversial report on the end of the French television station. Shaka Ponk filled with an overview of the roof of the largest concert halls in Paris - Olympia, Zenith and Bercy - and Geeks Tour (recorded on DVD and CD) was visited by over a million people. – Translated by Automatic service