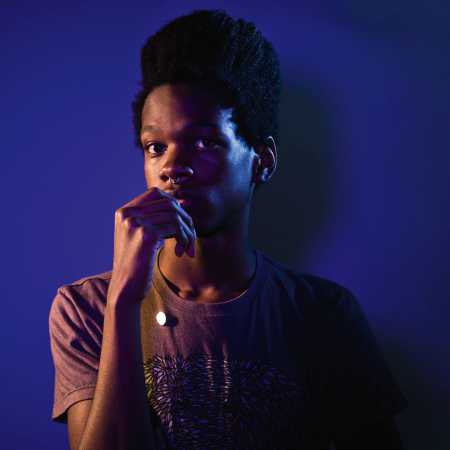 Shamir  On The Regular

Shamir is a teenage singer from Las Vegas, which takes the best of pop icons and synthového sound, who is transferring to the housových tunes 90 years, but all with an incredibly current sound.

Small Shamirovi already in the school didn’t say otherwise than “the guy who sings” and “Shamir with a guitar”. The first got in nine years, when he also began composing his own songs. The music got through his aunt, who was in the music business and invite them to their common house musicians, who were taught to play Shamira. After high school, he decided to send their demo to the New York-based label Godmode. Its owner, Nick Sylvester, Shamira, for him was called ' RnB Yeezus ", signed a contract in 2014 and have released a first novel called Northtown. His debut album was released in the spring of 2015 named Ratchet.

That is Shamir rising star, no doubt. This is confirmed to be the Guardian, who writes: “Shamir Bailey writes a timeless color, sweet love songs, refusing to be defined by sex and just wants to connect people. Meet the modern pop star. ” Has had a successful photo shoot for Vogue. The BBC called it modern Prince, he sees inspiration in it, and Michael Jackson. – Translated by Automatic service