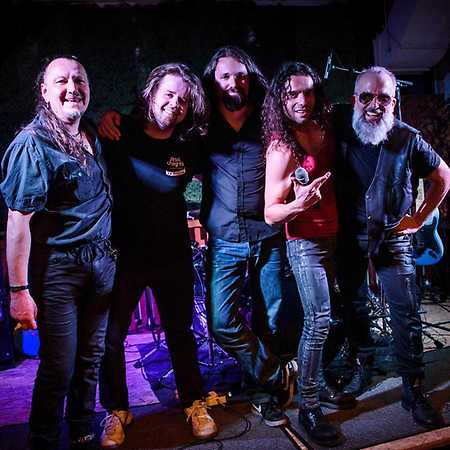 Shanghai Guns is an elegant hard rock/heavy metal, yet powerful and melodic, powered by the unique voice of Stefa. The band was founded in 2011 by Stefa, Seba, Marc and Yves. Their first album Seven Shots, created by Yves and produced by Marc (Ex Roko) in his studio in Frankfurt (LFT Tonstudio), was released in August 2012. His second album, Cabaret, was recorded in Frankfurt between 2013 and 2015 and after producing both albums, Marc decided to increase his activity in the project and joined the band as a bassist. One of the band’s core values is respect for the audience and the organizers; they approach each concert, large or small, with the same level of energy, seriousness and professionalism.