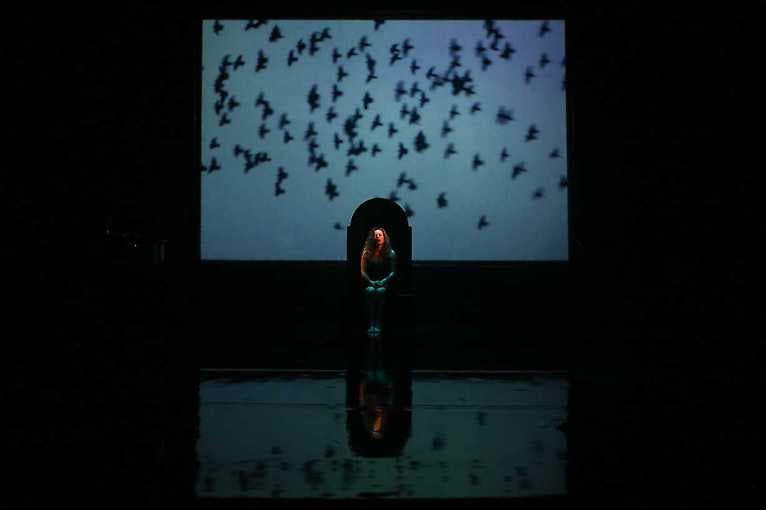 It took exactly seven seconds for Hedwig Kiesler – known to the world as Hedy Lamarr – to become one of the most controversial women in cinema history. In Gustav Machaty’s 1933 film Ecstasy, she played several prominent nude scenes. However, the actress is credited not only with an artistic and moral breakthrough, but also with numerous inventions, including the Coca-Cola-flavoured effervescent tablet and the technology used in many communication protocols – including GPS, Bluetooth, Wi-Fi).

Peter Turrini’s monodrama Seven Seconds of Eternity is, however, far more complex than a simple biographical story about the fate of a Hollywood star – it is a story about the mechanisms of fame, dreams of eternal youth, violence in the world of film and politics, and finally, about escaping the past and the traumas of war. In the role of Hedy Lamarr – actress and singer Joanna Liszowska.