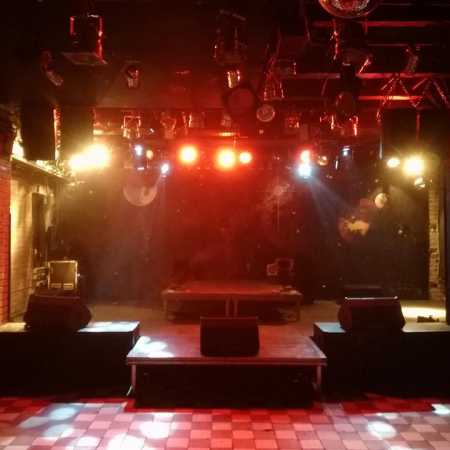 Under the parent association Kulturfabrik Moabit, the Slaughterhouse was founded in 1991 and became a registered association in 1993. The Slaughterhouse expanded the basement of the house as a concert and party space and supplemented the offer with practice rooms for bands and a recording studio. Scene organizers from the music genres Indie, Punk, Ska, Hard- and Emocore, Alternative, Rock, (Nu-) Metal, X-over, Wave, Gothic, Pop, Hip Hop, Turkish Pop & Soul organize a versatile program of concerts and parties here.