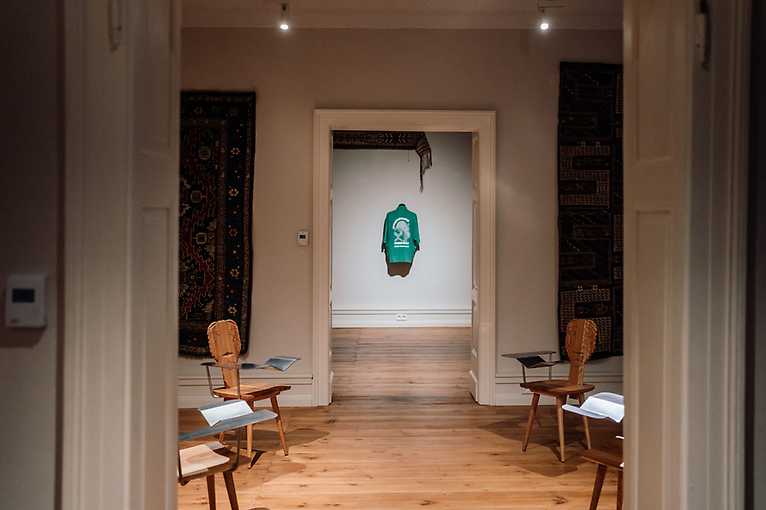 *The first solo exhibition in Wrocław of one of the world’s most recognisable art collectives – Slavs and Tatars.

When we were children we had no idea that one day the East would move to the West. What a ridiculous idea? Who would have thought that a direction could move in another direction? – Slavs and Tatars, Slavs, 032c, 2006.

An exhibition by the Slavs and Tatars collective entitled. Long Lvive Lviv. Слава за Бреслава evokes the intertwined histories of Lviv and Wrocław from the particular perspective of Orientalism. After the Second World War, when Lviv became part of the Ukrainian Soviet Socialist Republic, the Polish population of the city was forced to resettle to Breslau, a German city awarded to Poland at the Potsdam Conference as compensation for the loss of the eastern territories. Along with the resettled population, academics from the renowned Jan Kazimierz University in Lwow (today’s Ivan Franko National University) were also forced to flee, and most took up positions at the University of Wrocław. However, one key faculty did not survive this deportation.

Lviv, on the eastern border of the Second Polish Republic, was home to one of Europe’s leading centres for Oriental studies. Especially for the exhibition at OP ENHEIM, Slavs and Tatars are resurrecting the Faculty of Oriental Studies in Wrocław, as if Lviv’s scholarly traditions and investigations had survived the move west. Surrounded by oriental textiles and carpets from the Kulczycki family collection, Ukrainian lecturers from the Ivan Franko University will lead a series of master classes and lectures on eastern topics at OP ENHEIM, from courses in Arabic and Persian to a discussion of the central role of Islam in Eastern Europe. In addition to a series of social sculptures, Slavs and Tatars designed a merchandising collection associated with Lviv University.

More than seventy-five years after the history of Lviv and Breslau first came together, the issue of migration remains important and misunderstood, both globally and in Poland. The exhibition invites us to consider how national borders and ideas about one’s own identity influence knowledge and power, especially in the context of the ongoing migration from the East to Poland.