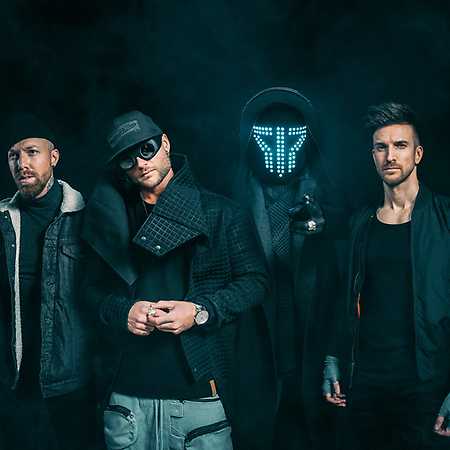 Smash Into Pieces  My Wildest Dream

About Smash Into Pieces

Smash Into Pieces is a Swedish band formed in 2008 that blurs the boundaries between EDM and hard rock. They build a futuristic aesthetic that includes sci-fi lyrics or a drummer hiding under a robotic mask under the pseudonym 'The Apocalypse DJ'. Their debut album Unbreakable was released in April 2013 - their discography currently includes seven albums.