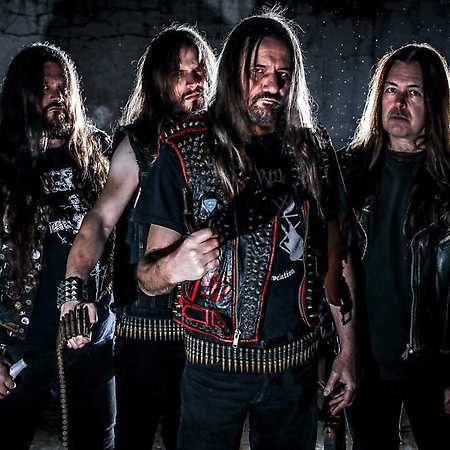 Sodom  Down On Your Knees

Sodom is a German Thrash Metal band from Gelsenkirchen, formed in 1981. They have gone through many line-up changes, leaving bassist/vocalist Tom Angelripper as the only constant member. Along with Kreator, Destruction and Tankard, Sodom has been referred to as one of the "Big Four" of Teutonic Thrash Metal. Sodom has released more than fourteen studio albums as well as several live albums, compilation albums and EPs. They achieved their first commercial success with their third studio album Agent Orange (1989), which was one of the first Thrash Metal albums to enter the German album charts, where it reached number 36. Sodom is one of the best-selling Thrash Metal acts of all time, having sold over eight million records.