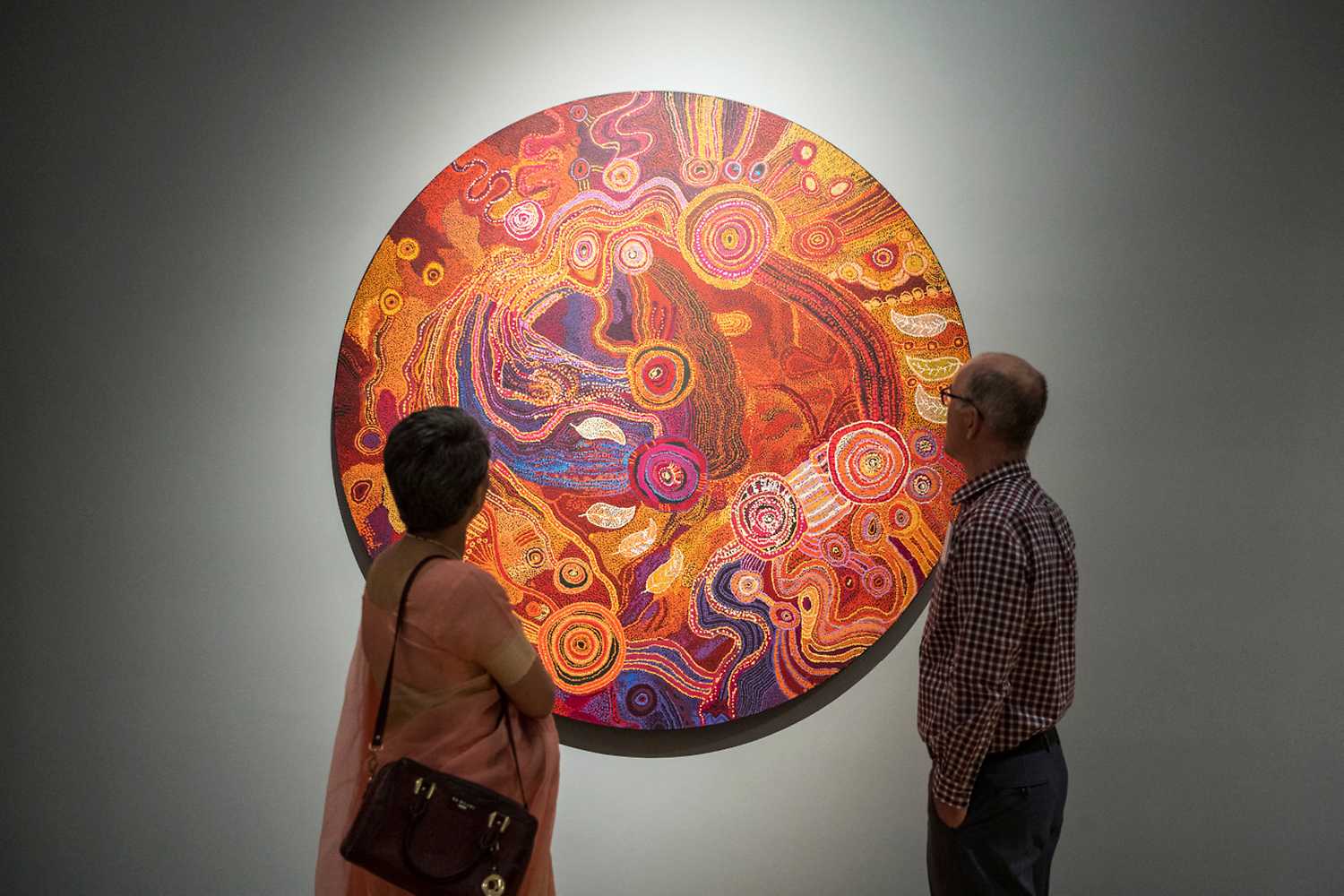 The exhibition Songlines: Tracking the Seven Sisters tells one of the central creation stories (songlines) of the Australian continent. Songlines are cultural routes that traverse all of Australia. Through story, song and visual culture like ceremonial performance or rock art, songlines map the routes and activities of the Ancestral beings, whose travels created the land. The Seven Sisters songlines tell the saga of seven women who cleverly and cunningly elude a male pursuer with magical powers as they flee across three deserts.