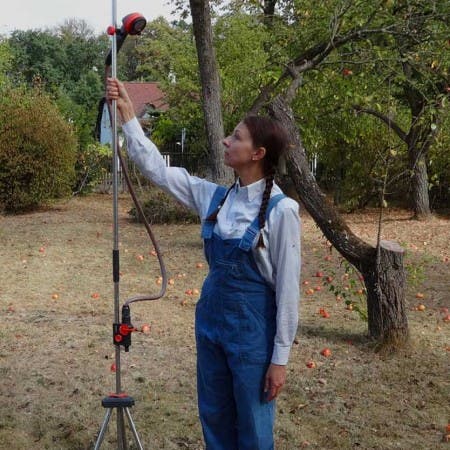 Sonja Vectomov  Two In One

Sonja Vectomov is a Czech-Finnish electronic musician and composer who descends from a family rooted in the classical music world. Vectomov's initial music experiments began during the 1980s in Finland and involved musique concrète with home tape recorders, four years of performing and touring with the children's choir Vox Aurea (fi) under the direction of Kari Ala-Pöllänen (fi), and violin and piano studies under a curriculum for precocious children at Keski-Suomen konservatorio, where her father Vladimír Večtomov taught classical guitar. Her grandfather Ivan Večtomov, also a composer, was a cellist with the Czech Philharmonic for 22 years, and her uncle was the cellist Saša Večtomov.

During the mid-1990s, Vectomov moved to Prague to assume a 1st violin chair with the Pražský studentský orchestr under the direction of Mirko Škampa (cs). Concomitantly she monitored the electronic music scenes in Finland and England.

Her experimental debut album Lamprophrenia was released in 2016.