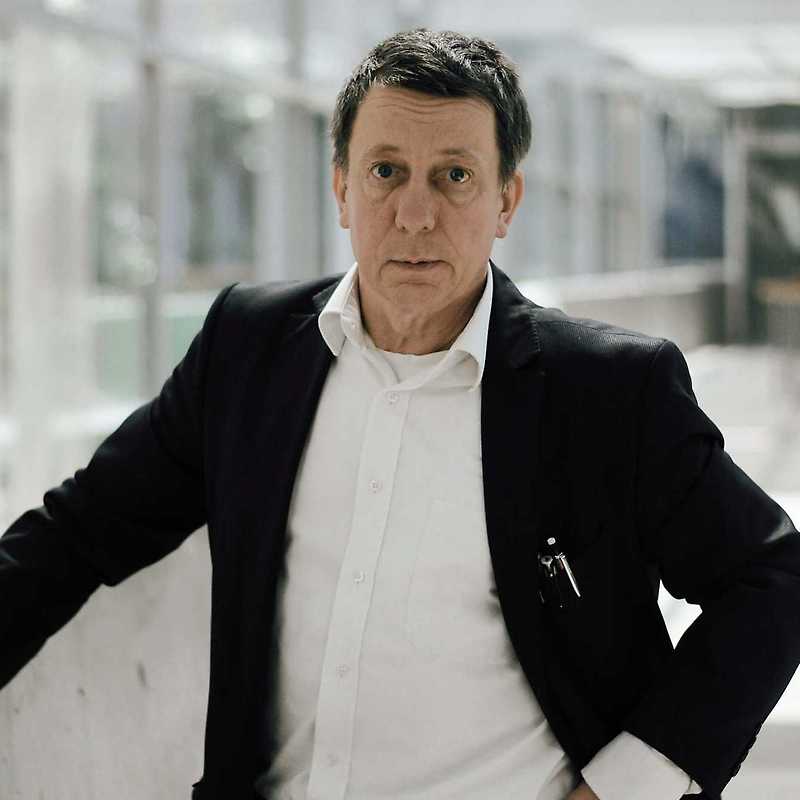 Steffen Shortie Scheumann is a German actor who, after studying cultural studies, completed an acting training and was then engaged at numerous theaters. He was part of the ensemble of the Schauspielhaus Bochum, the Schillertheater Berlin and the Landestheater Parchim. In the field of musical theater, he made guest appearances at the opera houses in Essen, Dortmund, Berlin and Hanover. He has appeared in numerous film and television productions - most recently in the successful TV series Babylon Berlin and in Schreier's Traumfabrik. Steffen Scheumann is also a regular speaker for radio.