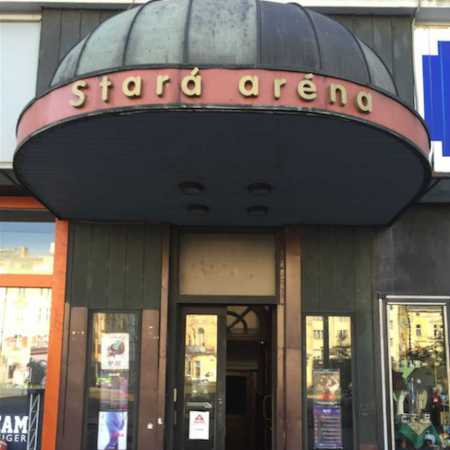 We don't know about any screenings.

Biography Studio Karel was created in 2012 in the premises of Old Arena Ostrava. It was named after the Ostrava native and filmmaker Karel Reisz, who grew up in this house. Every Wednesday, the theatre of the Old Arena is transformed into a cinema. Films are often accompanied by an introduction.

Admission is usually 80 crowns. It is also possible to arrange school film screenings accompanied by a professional lecture and discussion about the film.