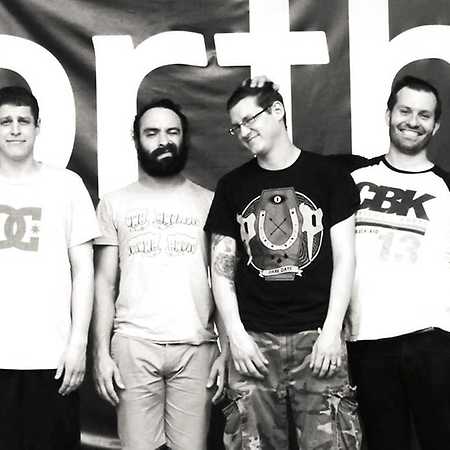 Such Gold is a punk rock / melodic hardcore band founded in 2009 from Rochester, New York, United States. The band consists of the singer Ben Kotin, the guitarist Nate Derby, the bassist Jon Markson and the former Shai Hulud drummer Matt Covey. Still in the founding year, the group recorded a demo and was signed by Mightier Than Sword Records just a few months later, releasing the first EP called Stand Tall. In 2010, a signature was made on 6131 Records. In September the second EP titled Pedestals was first released on digital, and two months later physically on the label. In 2011 two split releases were released with Into It. Over It and A Loss for Words, which were released in collaboration with Mightier Than Sword Records, No Sleep Records and the Japanese label Grill $ Records. In the same year, Search Gold changed the label again, this time to Razor & Tie. The debut album is called Misadventures and was released in 2012, two years later the second album with the title The New Sidewalk was published.