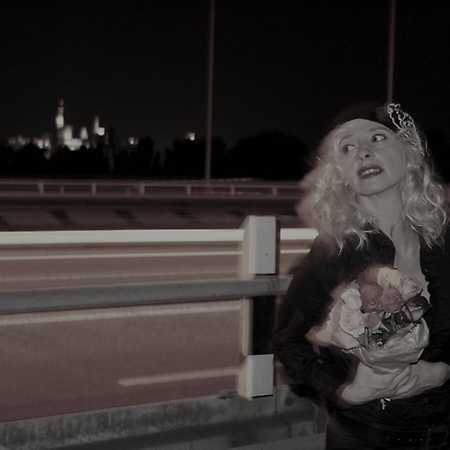 Sylvie Marks has been a producer, DJ, sound and video designer as well as songwriter since 1990. She covers many different genres and also moderates radio, is an artist and aims to personify a total artwork.

With a classic education as a pianist and soprano she soon discovered electronic music at Frankfurt, a techno capital at the time. In the city’s scene she learned trusting herself. During the following years, she collected a profound music knowledge, built a recording studio autodidactically and began producing music.

At the beginning of the 90s she became an emerging star of the area and began with her first own event and residency at Dorian Gray, a legendary club. Many bookings in and outside the country as well as performances at events like Mayday followed, and her Sexy EP was released through Save The Vinyl, a sub label of Logic Records.

In 1994 she moved to Berlin and established herself as a constant of the music scene without joining a particular group. Nevertheless, she has collaborated with different artists, including releases with her musical partner Hal9000 for imprints such as Bpitch Control, Freund Records or Gigolo. Their Baby Take Me a Little Bit Higher and We Electric became worldwide club his, thus worldwide bookings followed.

As a radio moderator, Sylvie remains faithful to her Frankfurt roots: on the city’s Radio X station she presents her monthly X Fade show alongside her radio partner, Sevo Stille.

Between 2004 and 2007, Marks was a resident of the renowned French techno club Elysee Montmartre in Paris. At the same time, she released a mix CD together with Neneh Cherry through the French Wagram imprint. Collaborating with French artist Agoria, she produced Spinach Girl, a club hit, while performing live together with Hal9000, including gigs at cult festivals like Roskilde.

To broaden her artistic output, Sylvie is making an apprentice as a video and sound designer. In 2011 she developed the sound concept for artist Amelie Seymour’s exhibition The Third Middle. In 2012, Sylvie composed the film work for a video installation by the artist group Special K in Salzburg.