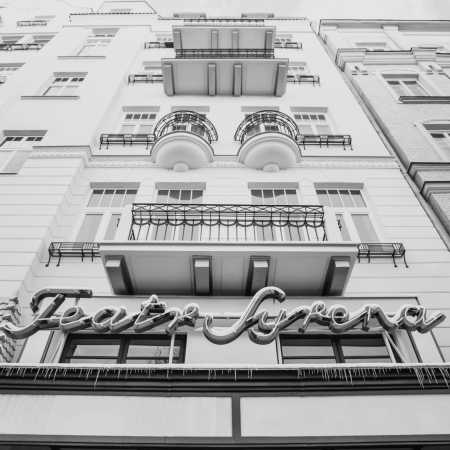 Theater located at 3 Litewska Street in Warsaw. The theater was founded in 1945 in Łódź. From 1945, the theater came to Warsaw for guest appearances using various rooms on both sides of the Vistula. In December 1948, he acquired the permanent building in Warsaw of the former riding-school building at ul. Lithuanian 3. In 1950, Syrena Theater was nationalized. There were also many musicians on the stage of Syrena, including Violetta Villas, Mieczysław Fogg, Halina Kunicka, Marek Grechuta and Irena Santor.