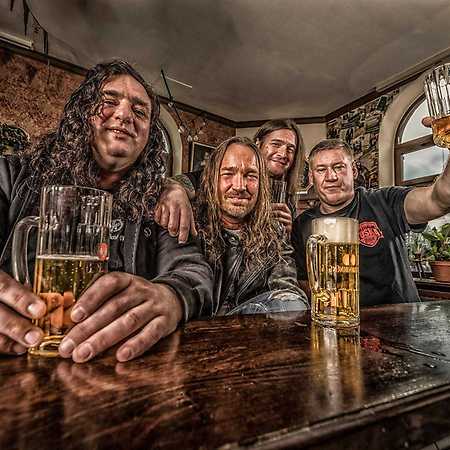 Tankard  The Morning After

Tankard is a Thrash Metal band from Frankfurt am Main, Germany, founded in 1982. Along with Kreator, Destruction and Sodom, Tankard is often considered one of the “Big Teutonic 4” of Teutonic Thrash Metal. They released their first record Zombie Attack in 1986 and continue to write and record in the same vein: fast metal songs in honour of alcohol.