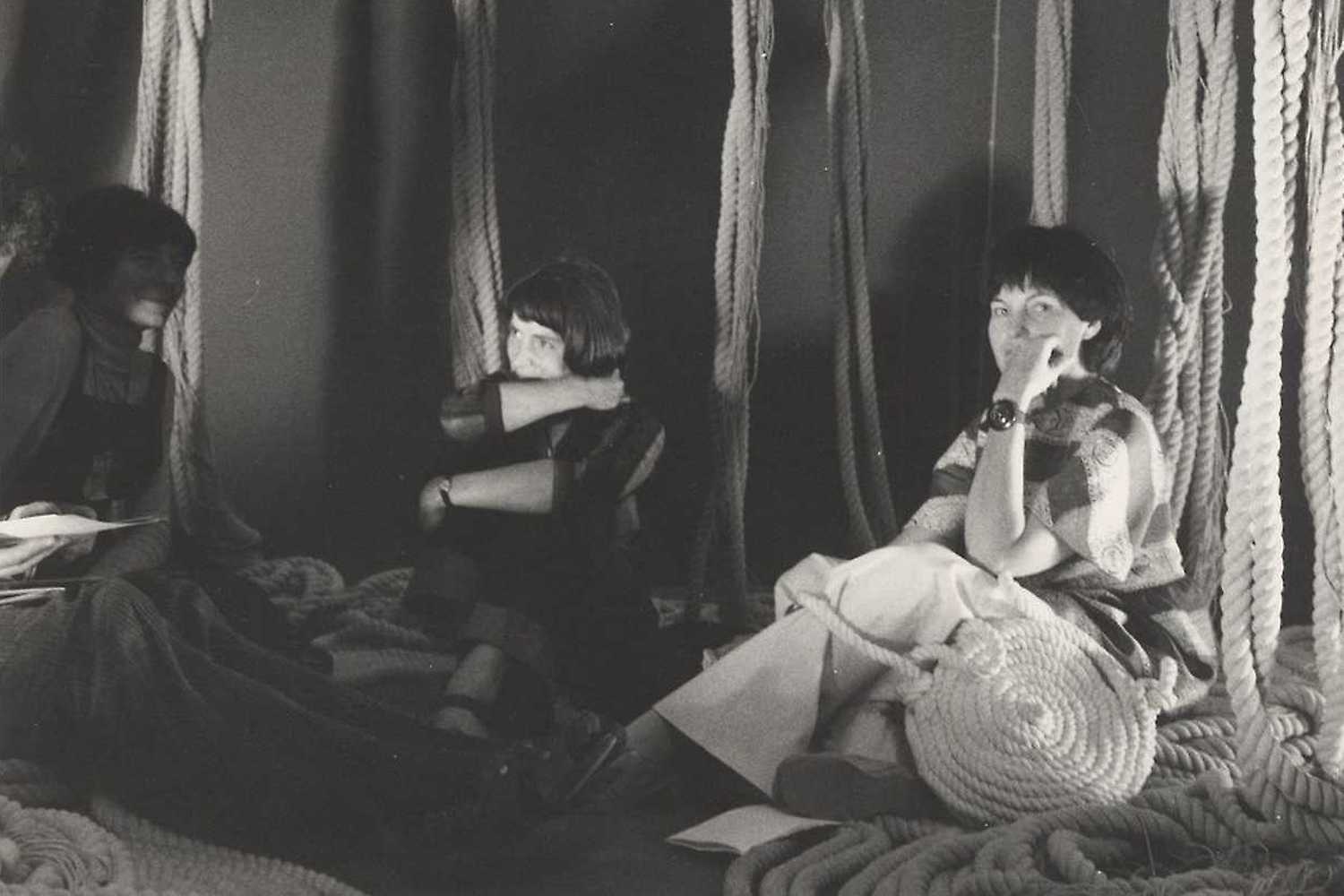 Born in 1926 in Poland, Tapta (pseudonym of Maria Wierusz-Kowalski) arrived in Belgium in 1945. She studied visual arts and weaving at the National Superior Institute of the Visual Arts at La Cambre in Brussels, graduating in 1949. Soon after, she and her husband, Krzysztof Wierusz-Kowalski, moved to the Congo, where they lived from 1950 to 1960. Upon their return to Belgium, Tapta quickly became known as one of the most important members of the new generation of artists engaged in redefining sculpture through the use of threads and textiles as true sculptural elements. She called her work sculpture souple (soft sculpture), which corresponded to her constant search for an expanded notion of sculpture that included the fluidity and tension of threads. In 1975, Tapta became professor in charge of the tapestry workshop at La Cambre, where her students included such artists as Ann Veronica Janssens, Monica Droste and Marie-Jo Lafontaine. Tapta died in 1997. The exhibition Tapta at the Arton Foundation is her second show in Poland, after the show at Zachęta National Gallery of Art in 1997. At the Tapta exhibition, Arton Foundation in cooperation with the LUCA School of Arts in Brussels and the Maurice Verbaet Gallery present mobile models of her sculpture, “soft sculptures” from the 1970s and photo documentation of her works in the public space.