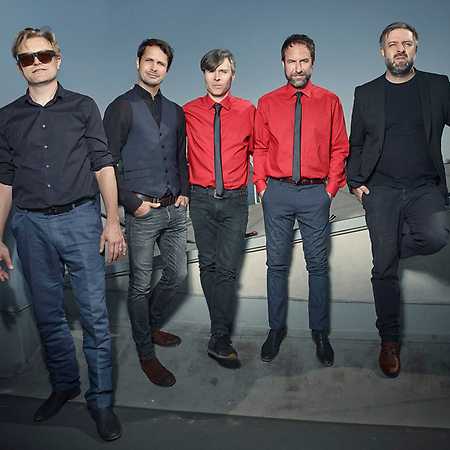 Tata Bojs is a Czech band that formed in 1988. The founding members are Mardoša and Milan Cais, and the other permanent members are Vladimír Bár, Dušan Neuwerth, and Jiří Hradil. They won four Angel Awards in 2004.

The idea to form the band came from Milan Cais (drums) and Marek Huňát (aka Mardoša; bass) who were classmates in Prague. Mark Padevěta, who played guitar, sang and later played the clarinet joined the group. Their first live show took place on 29 June 1988 at the TJ Spartak Dejvice gym. The day after the performance, they got their last report card for elementary school. Thus began the career playing in and outside Prague music clubs. They went from musicians with a young sound to the clubs' main attraction. The audience was particularly fond of Mardos, who spent time with the audience telling original jokes.

In 2004, they released their most successful album Nanoalbum. The entire album tells a story which is described in more detail in Mardos' book entitled Nanobook, which received the third prize in the Minister of Culture.