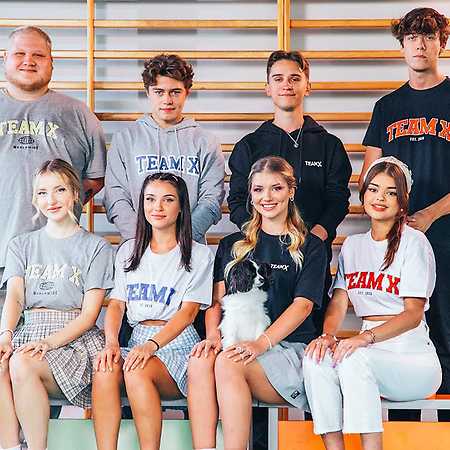 Team X is a project for young influencers and online creators who work together to create songs in different styles that end up on YouTube. The first edition was launched in 2019. The members of the second edition are Natalia Karczmarczyk (Natsu), Maciek Ejsmont (Sheo), Monika Kociołek, Karol Pieszko (Piechu), Julia Żugaj, Cezary Nykiel (Czaro), Patrycja Mołczanow and Krzysztof Lekstan (Leksiu). The first clip promoting the second edition of the project was a song called Siedem, which generated over 20 million views. The song Adios also attracted huge interest. Viewers liked the songs Colours and All in the most.