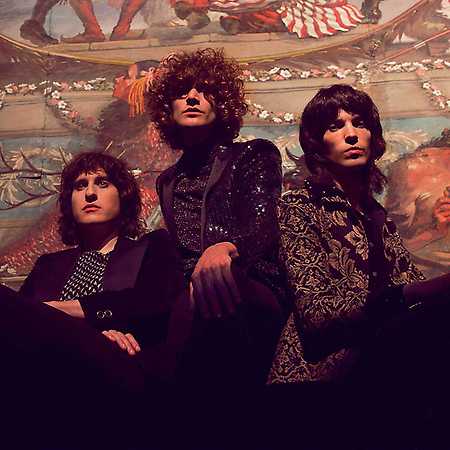 Temples are an English rock band, formed in Kettering, Northamptonshire in 2012 by singer and guitarist James Bagshaw and bassist Tom Walmsley. The band's lineup was later completed with the addition of keyboardist and rhythm guitarist Adam Smith and drummer Samuel Toms, with Toms departing in early 2018. They have released two studio albums, two EPs, and a number of singles. Their debut album, Sun Structures, was released in 2014 and charted at number seven in the UK. They are signed to ATO Records and have toured internationally both as a support act and as the headliner.

Horses On The Wall