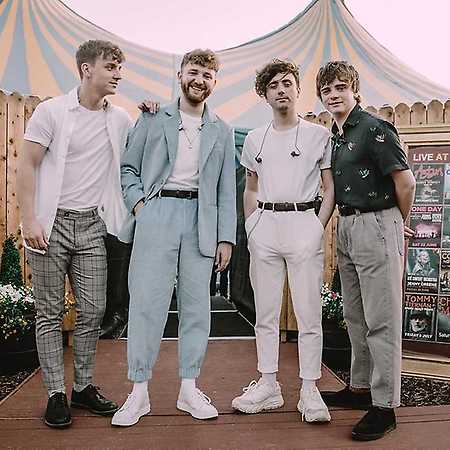 The Academic are an indie rock band from Westmeath, Ireland formed at the end of 2013 while all members of the band were at St Joseph’s Secondary School in Rochfortbridge. The band is made up of Craig Fitzgerald, Dean Gavin, and brothers Matthew and Stephen Murtagh. Their debut studio album, Tales from the Backseat was released in January 2018 and entered the Official Irish Charts at number one. One year later, Tales From The Backseat was nominated and shortlisted for Ireland’s Choice Music Prize for Album of The Year for 2018, an annual music prize awarded to the best album from a band or solo act in the Republic of Ireland and Northern Ireland.

Empire! Empire! (I Was a Lonely Estate)